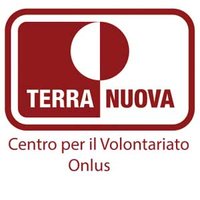 WHAT IS TERRA NUOVA?

Terra Nuova is an Italian non-profit association founded in 1969 and engaged in the field of international solidarity and cooperation between communities and peoples. Terra Nuova’s objective is to strengthen social actors present in their countries of intervention (in Africa and Latin America) and interested in contributing to social change, promoting equity, economic, ecological, political, cultural and peace sustainability.

WHAT DOES TERRA NUOVA DO?

Terra Nuova encourages the full participation of the social sectors most at risk of exclusion, who often do not identify with the dominant cultural and economic models, in the planning and implementation of projects and in the promotion of autonomous and self-managed local development processes, thus becoming agents of social transformation. Its privileged partners are local communities and indigenous peoples, women who live in situations of discrimination, children and adolescents threatened by marginalisation, small urban and rural producers, migrants and all those who live in difficult situations due to gender inequalities.

At the training level, the NGO accompanies family and peasant organisations and intervenes in the support of neighbourhood associations and economic interest groups in urban areas committed to solving environmental problems, improving traditional medicine and its articulation with the public health system. Terra Nuova also supports and accompanies movements of women, children, rural farming families, indigenous peoples and groups at risk. At the research level, the organisation analyses and exposes the structural causes of inequalities and imbalances generated by dominant development models. It also carries out awareness-raising, advocacy and political pressure activities aimed at creating and disseminating a culture of cooperation and solidarity, centred on the defence of human rights and the search for economic and social justice.

WHERE DOES TERRA NUOVA ACT?

East Africa: The land is in some areas relatively arid or semi-arid, with 70% of the region’s surface and 30% of the population. West Africa: Terra Nuova is continuously present in Mali. The region has been in a politico-military crisis situation for the past three years and Terra Nuova is working to mitigate the negative impacts of the conflict and to revive the local economy. The country is facing political, economic and food crises as well as conflicts. The Malian population is one of the most vulnerable and poorest in the world. Food security is therefore a priority in Mali. In addition, the country’s much lower than expected rainfall has resulted in a food crisis and inequalities. Central Africa: Conditions of poverty and extreme poverty persist for a large proportion of the population in both urban and rural areas. These conditions affect almost the entire indigenous population of the region. South America: High levels of food insecurity and malnutrition persist in this territory. Italy and Europe Inequalities and imbalances generated by dominant development models are present on the European continent.

Actions : Strengthen the social actors present in their countries of intervention